The cuisine: is it art or science? The Italian chef and restaurateur Gualtiero Marchesi would reply by stating that it is both, both art and science. 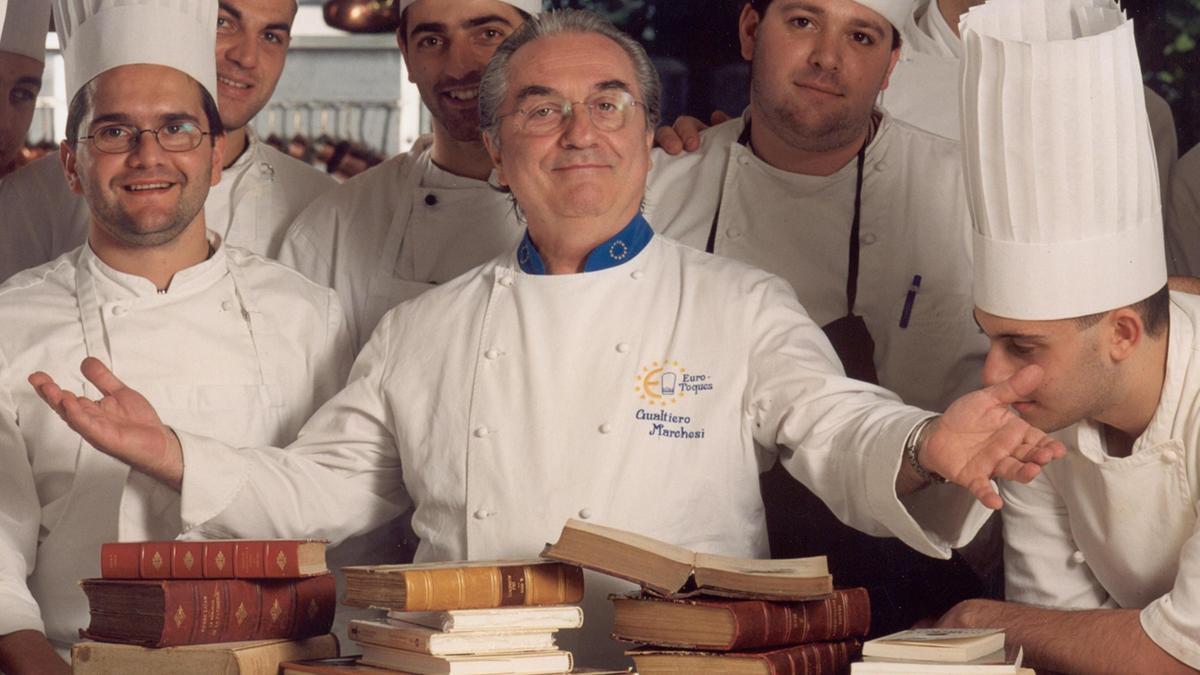 Gualtiero Marchesi has been described as the godfather of modern Italian cuisine. The combination of traditional regional and avant-garde cuisine was the catalyst for a new era for high-level Italian gastronomy.

Inspired by music, history, art and design, he paved the way for expressive Italian chefs such as Massimo Bottura and Davide Scabin. Despite its attention to aesthetics and technique, Marchesi's food has always maintained an air of simplicity and respect for the integrity of the ingredients, just like the food that has always warmed the hearts of Italians.

Born in Milan in 1930 to hotelier parents, he works in the kitchens of the family hotel L'Albergo del Mercato; it is here that Marchesi experiences the intensity of a professional kitchen for the first time and is totally fascinated by it. Within those walls he matured his love for traditional Italian cuisine; in an interview he explains his philosophy by saying that "everyone loves the food they grew up with, region by region".

Subsequently, after his apprenticeship in France, the young Marchesi also began to appreciate the importance of refinement. It is in the kitchens of “Ledoyen” in Paris, of “Le Chapeau Rouge” in Dijon and of “La Maison Troisgros” in Roanne, that Gualtiero begins to shape his cooking philosophy: "form is matter"; although the technical skill of the chef is fundamental, the intrinsic qualities of the dish should never be overshadowed.

Encouraged by the liveliness of the French scene, Marchesi returned to Milan with a very specific purpose: in 1977 he opened his restaurant in via Bonvesin de la Riva with the ambition of creating innovation while respecting the rich heritage of local cuisine. The project met with immediate success, earning two Michelin stars just two years after its opening!

Gualtiero Marchesi was also the first chef outside France to win three Michelin stars and, in 1986, he was also named Cavaliere della Repubblica Italiana! Never tired, in 1993 Marchesi left Milan to open the restaurant at the Albereta di Erbusco in Franciacorta, near Brescia.

Over the years, after mentoring younger and now famous chefs such as Carlo Cracco, Davide Oldani and Dante Boccuzzi, it was certainly no surprise when, in 2004, Marchesi became dean of the International School of Italian Cuisine or when, in 2006, he founded the Italian Academy of Cuisine in New York. In 2010 he also created the Gualtiero Marchesi Foundation to bring children closer to art through taste.

With scientific methods and artistic mastery, chef Marchesi has made his cuisine the art form through which he expresses himself, always respecting the traditions and simplicity of Italian food.