The world of fashion has always aroused great interest and great curiosity. We are all fascinated and, inevitably, attracted to it. “Being fashionable” does not just mean knowing how to dress according to the last trends, but it means following a very specific lifestyle, knowing how to give an image of oneself that somehow be outside the box of everyday life. Fashion is liked because it is the antagonist of mediocrity, of anonymity. So, we can say that fashion is synonymous of social redemption, it is an identity element for a country and its people. 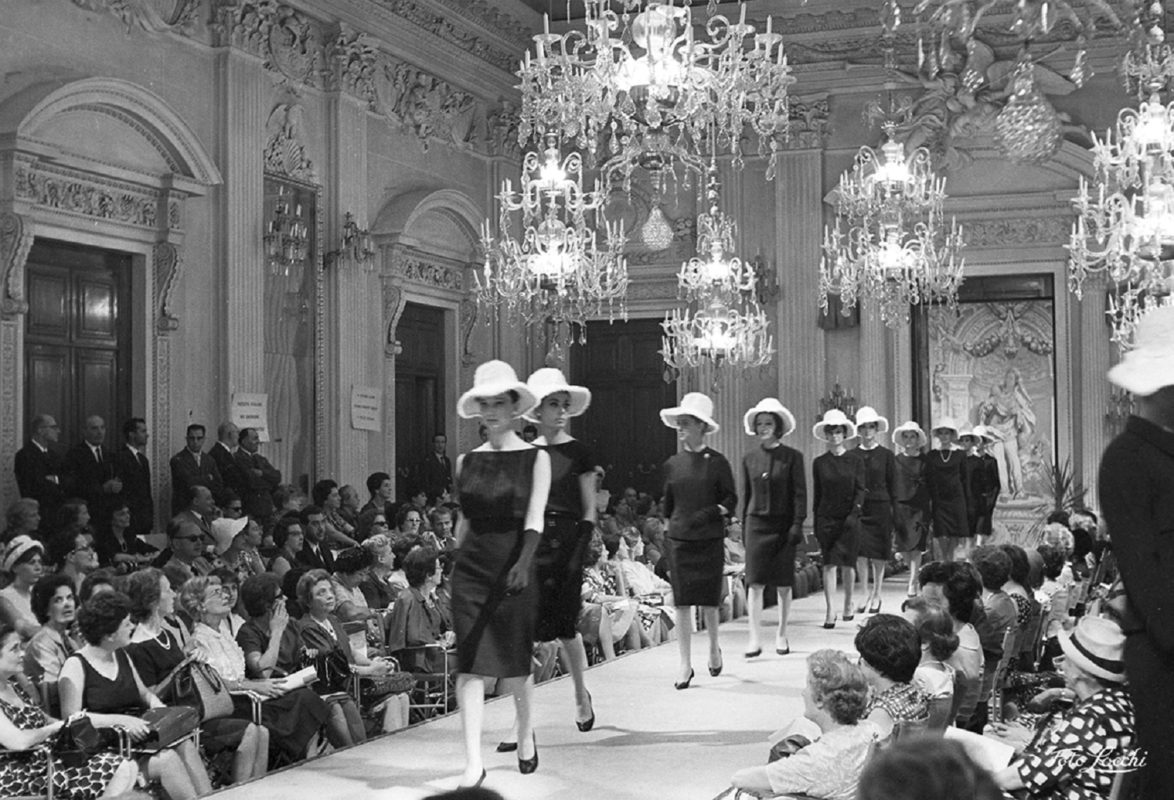 It is with this assumption that Italian fashion was born, when in 1935, during the fascist regime, the National Fashion Organization was established. Until that moment the fashion sector had developed mainly in the Anglo-Saxon world, where in the nineteenth century, elegant and practical men’s fashion took hold, influenced by the informal ways, by the passion for sport and the outdoor life of the English gentleman. The same can be said for France, indeed at the beginning of the twentieth century women’s fashion triumphed and the concept of pret-à-porter was born.

Regarding Italy, the official entry into the fashion world has a very specific date, 25 February 1951, when a few days before the start of the famous Paris Fashion Week, entrepreneur Giovan Battista Giorgini decided to organize the first Italian fashion show, inviting a small group of potential American buyers who were presented with 18 high fashion templates created by 10 Italian designers. Success was not long incoming to such a point that in the following months both in America and in Paris it was the only thing they talked about.

The ‘60s, characterized by the economic boom and class disputes, saw Italian fashion evolved, it started to leave the living rooms and enter the homes of a new social class that was inexorably expanding: the middle class. High fashion continued its path,the designers also offered ready-made models, capable of dressing women with elegance at affordable prices. In this historical period, the international markets fully recognize Italian Fashion, creating a brand that everyone in the future will recognize as “Made in Italy”.

From then on, Italian fashion began an unstoppable climb. Year after year, cities around the world are populated with showcases of Italian brands. Italian stylists fill the pages of the most prestigious fashion magazines, enter films, become real myths. Concepts such as quality, creativity, innovation are associated with Made in Italy. The fashion industry begins to produce shocking turnovers, becoming one of the pillars of the national economy.

In recent years, interest in Italian fashion has generated a new form of tourism. Millions of travelers arrive in Italy to go shopping, to visit weaving factories, craft shops, museums dedicated to the most famous Italian brands. Real fashion itineraries were born, which cross the country from north to south. The capitals of Italian fashion are unquestionably: Milan, with its famous Quadrilatero which includes Via Montenapoleone, Via Manzoni, Via della Spiga and Corso Venezia, a unique concentration of boutiques, jewelers and high fashion shops; Florence, with the museums of Gucci and Ferragamo, Via de’ Tornabuoni, Via Calzaiuoli and the goldsmiths of Ponte Vecchio; Rome, with the luxurious stores in Piazza diSpagna, Via Condotti and Via del Babuino, the small boutiques of Via Borgognona, Via Frattina, Via della Croce and the imposing Via Nazionale whichat the beginning of the 20th century saw the birth of the first Italian department stores.

Furthermore, Italian fashion can also be visited in Turin, Bologna, Naples and in many other cities where small workshops of tailors and artisans produce authentic handmade pieces of the highest quality increasingly requested by VIPs from all over the world.

As in the main world capitals, also in Baku, Made in Italy fashion travels at very high speed.
Recently, the most important streets of the city, from the wonderful Boulevard to the pedestrian area of ​​Fountain Square and the historic Targovaya Street, or from the luxurious Port Baku shopping center to the more accessible Ganjlik Mall, have hosted many stores of the most popular Italian high fashion brands, such as Gucci, Ferragamo, Max Mara, Etro, Armani, Dolce & Gabbana and soon.

However, in Baku there is no shortage of more accessible Italian brands, in terms of prices, such as Benetton and the very famous Oviesse, born in 1972 and spread throughout Italy, which offers clothing for men, women and children.

Lately, thanks to the contribution of the Italian Embassy and the Italian Trade Agency, Baku has become the seat of many events promoting Made in Italy, with the aim of introducing to the Azerbaijani public the best of fashion, design, he goldsmith’s art and the Italian craftsmanship.

No items found.
Written by